I spent most of the winter months and some spring months of 2017/2018 in Sicily, and now sailing again I am destined to reach Gran Canaria where the ARC (Atlantic Rally for Cruisers) starts its journey across the Atlantic to the Caribbean in November.

My first stop is Sidi Bou Saïd in Tunisia where the local population are both tourist-friendly and sailor-friendly. Sidi Bou Saïd, which is close to both Tunis, the capital and to Carthage, an immense historical city, is popular with artists and has a blue-white theme for all buildings. The header photograph is Sidi Bou Saïd. I will stay for a few days and especially to pick up the best winds to carry me westward to Gibraltar where I will stay for the month of July.

It is nearing the end of Ramadan which gives the town a strange feeling…the few cafes and bars which remain open don’t serve food during daylight hours.

At nearly 2am one night I woke to the sound of footsteps on the boat! I opened the hatch and poked my head out to see a couple being photographed in their wedding outfits! How bizarre! Needless to say, they left me to drift back to sleep and safe in the knowledge that it wasn’t thieves….although a Hen Party would have been a welcome distraction!

I finally left Sidi Bou Saïd when I saw easterly winds forecast. I needed those easterlies to carry me closer to my destination, Gibraltar. So I sailed for five days along the north coasts of Tunisia and Algeria. It was a new experience as my previous longest solo passage was 35 hours. I learnt at lot about me and the boat, and especially about the new Hydrovane self-steering device. I eventually got into a routine of napping whenever it was safe to do so. In reality, many hours passed without seeing another vessel either by sight or by electronic gadgetry. I’m now in Cartagena in Spain which is a fabulous city, and the place where I met two other sailing Instagrammers, Jonna@sailingtangaroa and @marky.warren. Sadly, but excitedly, I had to continue the journey down to Gibraltar and set off on 112nm overnight passage to Almerimar. I stayed at Almerimar in 2014 soon after I entered the Mediterranean, and this time I was able to meet up with friends June & Ian on Shania who sailed out of Hull marina last year. I was also able to continue planning my journey around World Cup football matches!

Again I had to wait for easterly winds and left Almerimar just before sunrise to make destination Gibraltar. In light winds I was able to make 2.5knots in 8knots of wind for a short while but otherwise motored along the way to reach Ocean Village marina in time to watch England beat Sweden in the World Cup quarter final with Una & Geoff…the fifth set of friends I have met along the who have also sailed out of Hull marina in recent years! I plan to stay here in Gibraltar for a month to get all sorts of things done.

I needed an insurance survey and a rigging survey to satisfy new insurance requirements, and the insurance survey highlighted three jobs that needed to be done. This all took time but at least I had good survey reports for Y Yacht Insurance and my own peace of mind. I also used Gibraltar to take delivery of some high value items (VAT free)…new North sails, Iridium satellite communications, safety equipment to meet the Atlantic Rally for Cruisers (ARC) standards and a suitcase generator. The list of jobs is too long to list here!….but included fitting a bowsprit which I’ve wanted for a long time. Sharon arrived from the USA and will be crew on all passages across to St Vincent, but as time frittered away on various issues Sharon took a ferry across to Tangier and spent time seeing much of Morocco. Sharon sailed the Atlantic about 20 years ago and also sailed with me around Greece in 2016, and so is an ideal crew for me on my first Atlantic crossing.

As timescales were getting tighter to arrive on time in Lanzarote we decided that I would sail solo from Gibraltar and meet Sharon in Rabat.

I needed a day of easterly winds to push me through the straits of Gibraltar and into the Atlantic ocean…and the easterlies I got were wild! Gusts maxing at 34knots at Tarifa and 2-3m swell. It was very difficult at Tarifa but quietened down as I rounded the Moroccan headland and headed south. I eventually arrived outside Rabat an hour after low water and knowing that the pilot books recommend entering the river close to high water. I called the marina and their marineiros came out and guided me onto the waiting pontoon for the port police and customs checks, and then I was guided into the marina about 33 hours after leaving Marina Bay.

I immediately caught up with Richard & Caroline and Sharon who then took me across the river into Rabat. Then another day spent exploring Salé and Rabat before I took the train to Casablanca to knock another place off my bucket list…and had lunch at Rick’s Cafe!

The passage from Rabat down to Playa Blanca in Lanzarote took 90 hours to sail the 493nm, and only fours of motoring when the wind almost died on the first afternoon. We took three hour watches which worked well despite both of us suffering from cough and cold symptoms.

The sailing was fabulous …especially the sunrises, sunsets and stargazing, and we entered Marina Rubicon in Playa Blanca at 09:00 having spent four nights at sea. Sharon hired a car and we picked up Richard & Caroline from Marina Lanzarote in Arrecife for some island sightseeing. Sharon then flew back to Florida and I had an evening with Paul Andrews who I worked with in my Smith & Nephew days. Sharon had had a nasty shock while we both sat in a bar checking through four days of social media…her house in Florida had been broken into and completely ransacked, so her return flights would be tainted by thoughts of walking through her front door!

Soon, I was making new friends and meeting old friends as Atlantic sailors used Marina Rubicon as a stopover before joining the ARC in Gran Canaria, or crossing later. My plans to visit the UK were interrupted because I was still waiting for the parcel of safety items from Gibraltar! The sheer incompetence of the GibYachts chandler deserves a blog all of its own! Then all of a sudden the parcel arrived, a flight was booked, I won £25 on my premium bonds and two days later I flew into Leeds Bradford airport to meet Elliot, my youngest son…and his new girlfriend, Amy!

My whirlwind trip to Leeds, Hull, London, Exeter and now Gatwick is nearing the end. I cut the trip short because return flights over the school half-term week were incredibly expensive. But I was able to get some jobs done and see just a few friends.

I have a few last minute tiddly jobs to do while back in Lanzarote and I want to take the ferry across to Fuerteventura, which is the only one of the seven main Canary Islands I haven’t visited.

The weather has been very changeable recently with some heavy rain and some strong winds, and it now looks as though I will sail to Gran Canaria on Thursday 1st November….my destination for this blog.

To end the “Destination Gran Canaria” blog I experienced my first ever bout of sea sickness on the 94nm passage to Las Palmas! The 16 hour passage was very lively and very fast, and I arrived in the marina just before midnight. However, after a decent nights sleep I suffered dizziness all day, and the marina staff let me stay on the visitor pontoon because I didn’t fancy manoeuvring the boat around. Later, I went to officially book into the ARC and all the activities that will take place over the next few days…it really is a nice atmosphere! 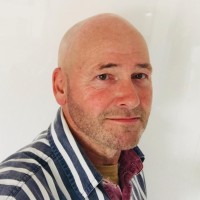 Hi David,
I’m John, I was moored next to you in Ragusa when you left at the beginning of June.
Glad you made Gib safely. Been catching up on how you been doing.
Took your advice & joined the FB Med Sailing. What a great place for information.
Take care .

Hi John, well I’m still in Gibraltar! I have crew coming out on Thursday and hope to sail to Tangier next weekend. I will have two crew for all passages from Tangier across to St Vincent. Best regards. David

Hi David , stunning photography and great stories ! , Are you still in Gib ? I hope to cross paths as it seems you’re following the same route we do
Rgds
Rene

Hi Rene, thanks for the feedback! I’m still in Gibraltar and hope to sail across to Tangier around next weekend 25/26 August. Look forward to meeting! David